New Music Byte: Tobtok x farfetch'd 'Have It All'

‘Have It All’ is an all-out Swedish production from the double platinum-selling producer Tobtok and the credible production duo, farfetch’d.

A match made in commercial house heaven, these breakthrough talents serve up a single with an earworm-worthy vocal that is as driving as it is uplifting. With an impressive 600 million streams between them, it’s no wonder their studio skills have generated across the board support from Mark Knight to Tiësto and Sam Feldt to Sigala.

While Tobtok and farfetch’d are very much individual outfits with successes in their own rights, coincidently they both hail from the same tiny city of Uppsala in Sweden.

Individually known as Johnny Bergström and Jerry Sjödin, farfetch’d met during Uppsala’s annual Spring celebration. Little did they know, they’d been fans of each other on Soundcloud for years and after extended chats about music production, farfetch’d was born.

‘Have It All’ is not the first time the 500 million streaming artist, Tobtok has collaborated with his fellow Swedes. It follows their joint venture ‘Feelings’ on Soave Records which delivered some very much needed blissful house vibes during the 2020 pandemic. Now with festivals and clubs rocking again, it’s back to business with a more dancefloor-oriented production.

“This track started out with Jerry from farfetch’d whom I go way back with. He sent me an idea for a follow up on “Feelings” and I instantly got vibes from the clip. We scheduled some time in the studio and pieced it together. I think the track’s strong point is the simplicity of it whilst still having well thought out and complex yet subtle layers to it. It’s definitely one for the dancefloor or even a workout at the gym.”

Listen to ‘Have It All’ below. It’s out now on London’s chart-topping label, Perfect Havoc. 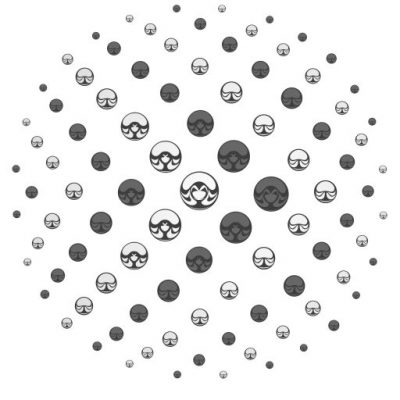 Perfect Havoc Debuts at Eden Ibiza in Collaboration with WNDRLND

We use cookies on our website to give you the most relevant experience by remembering your preferences and repeat visits. By clicking “Accept All”, you consent to the use of ALL the cookies. However, you may visit "Cookie Settings" to provide a controlled consent.
Cookie SettingsAccept All
Manage consent

This website uses cookies to improve your experience while you navigate through the website. Out of these, the cookies that are categorized as necessary are stored on your browser as they are essential for the working of basic functionalities of the website. We also use third-party cookies that help us analyze and understand how you use this website. These cookies will be stored in your browser only with your consent. You also have the option to opt-out of these cookies. But opting out of some of these cookies may affect your browsing experience.
Necessary Always Enabled
Necessary cookies are absolutely essential for the website to function properly. These cookies ensure basic functionalities and security features of the website, anonymously.
Functional
Functional cookies help to perform certain functionalities like sharing the content of the website on social media platforms, collect feedbacks, and other third-party features.
Performance
Performance cookies are used to understand and analyze the key performance indexes of the website which helps in delivering a better user experience for the visitors.
Analytics
Analytical cookies are used to understand how visitors interact with the website. These cookies help provide information on metrics the number of visitors, bounce rate, traffic source, etc.
Advertisement
Advertisement cookies are used to provide visitors with relevant ads and marketing campaigns. These cookies track visitors across websites and collect information to provide customized ads.
Others
Other uncategorized cookies are those that are being analyzed and have not been classified into a category as yet.
SAVE & ACCEPT